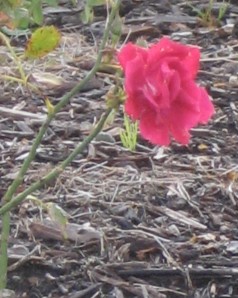 Today’s ficlet is inspired by today’s Daily Prompt: Describe a little thing — one of the things you love that defines your world but is often overlooked.

While there are many great posts to the point, here’s my rambling rendition of what matters to me – in a manner of speaking….

Dora slammed the book shut, her face scrunched up like Grampa’s after Aunt Heloise’s turn to cook dinner. She jumped when her dad tapped her on the shoulder.

“What’s wrong,” he asked, joining her on the floor in what little space hadn’t been occupied by dolls, bears and other ‘listeners.’

Her overgrown bangs covered her eyes; her arms flapping like the birds she had been reading about a moment before. “The teacher says some of the words I say are too big for me.”

Dora shared the story she told during show and tell. Nana and Grampa liked it and so did her cousin. Her father gave her that look she liked – not one of anger, sadness or disappointment, but a…pensive look. That was the one!

“You are very smart, Dorinda,” he told her. “You see, hear and say words that others don’t – not yet, anyway. That isn’t bad. You’re…an early bloomer with the beauty of language.”

Dora flopped forward, mimicking the posture of her Raggedy Anne doll. “Don’t you get sad, not hearing me?”

He smiled. “Some days. However, we talk, every day, and that is what I love. Remember, words are important. Choose them well.”

Dora repeated what her father said, counting on her fingers as she did so. “You can’t touch words or taste them.” She felt smart about that point, certain he’d be impressed.

Instead, her father stretched out on the floor like her, looking silly because he seemed to curl up like the stuffed snake and squid she had. He spelled out, ‘l-o-v-e,’ while he whispered the word. Dora squinted, knowing what she read, seeing what he said, surprised at what she heard.

“Love,” she repeated. “There’s no taste to that,” she told him, wondering how silly he was going to get.

He spelled out, ‘h-a-t-e,’ while he whispered the word. She repeated it back to him, and then frowned.

“No, you can’t taste them, not like lollipops or popsicles.” Her father didn’t give her the answer right away; he seldom did. Maybe that was why Dora wanted her cousin’s teacher, too – because she was like that, too, like Sylvia.

“My teacher wants to talk to you tomorrow,” she mumbled, reaching for Raggedy Anne and Mr. Squid. Her father moved the toys from her hands and had her repeat the message.

“I’m mad.” Dora heard him sigh as he sat up, not irritated like Grampa would be or impatient like Aunt Heloise. Dora didn’t want to say she was sad, too. Sad and afraid that she’d be told to stop with learning her words at home, told to stop reading Austin, Bronte and Carroll with her family, or Bible stories or Shakespeare stories written just for her.

“Don’t be mad,” he told her before pulling her onto his lap. “We can solve this puzzle, too.”

With love and communication, we can solve all of the world's problems.

Australian Traveller that loves to "Roam" our globe, creator of ENDLESSROAMING.COM sharing the experience through word and photography. Heading to the USA this coming June

Cosy up and read with me!

Novels of An Empire on the Edge of History

The Truth for Kyle